The Emerging Paths Of Quantum Computing

The world of computing has witnessed seismic advancements since the invention of the electronic calculator in the 1960s. The past few years in information processing have been especially transformational. What were once thought of as science fiction fantasies are now technological realties. Classical computing has become more exponentially faster and more capable and our enabling devices smaller and more adaptable.

We are beginning to evolve beyond classical computing into a new data era called quantum computing. It is envisioned that quantum computing will accelerate us into the future by impacting the landscape of artificial intelligence and data analytics. The quantum computing power and speed will help us solve some of the biggest and most complex challenges we face as humans.

The research firm Gartner succinctly describes quantum computing as: “[T]the use of atomic quantum states to effect computation. Data is held in qubits (quantum bits), which could hold all possible states simultaneously. Data held in qubits is affected by data held in other qubits, even when physically separated. This effect is known as entanglement.” In a simplified description, quantum computers use quantum bits or qubits instead of using binary traditional bits of ones and zeros for digital communications.

A more detailed explanation of the elements involved in quantum computing was originally published in the Princeton University’s annual research magazine :

Following is a brief primer of quantum computing concepts and terms.

Qubits not bits. Quantum computers do calculations with quantum bits, or qubits, rather than the digital bits in traditional computers. Qubits allow quantum computers to consider previously unimaginable amounts of information.

Superposition. Quantum objects can be in more than one state at the same time, a situation depicted by Schrödinger’s cat, a fictional feline that is simultaneously alive and dead. For example, a qubit can represent the values 0 and 1 simultaneously, whereas classical bits can only be either a 0 or a 1.

Entanglement. When qubits are entangled, they form a connection to each other that survives no matter the distance between them. A change to one qubit will alter its entangled twin, a finding that baffled even Einstein, who called entanglement “spooky action at a distance.”

Types of qubits. At the core of the quantum computer is the qubit, a quantum bit of information typically made from a particle so small that it exhibits quantum properties rather than obeying the classical laws of physics that govern our everyday lives. Several types of qubits are in development: 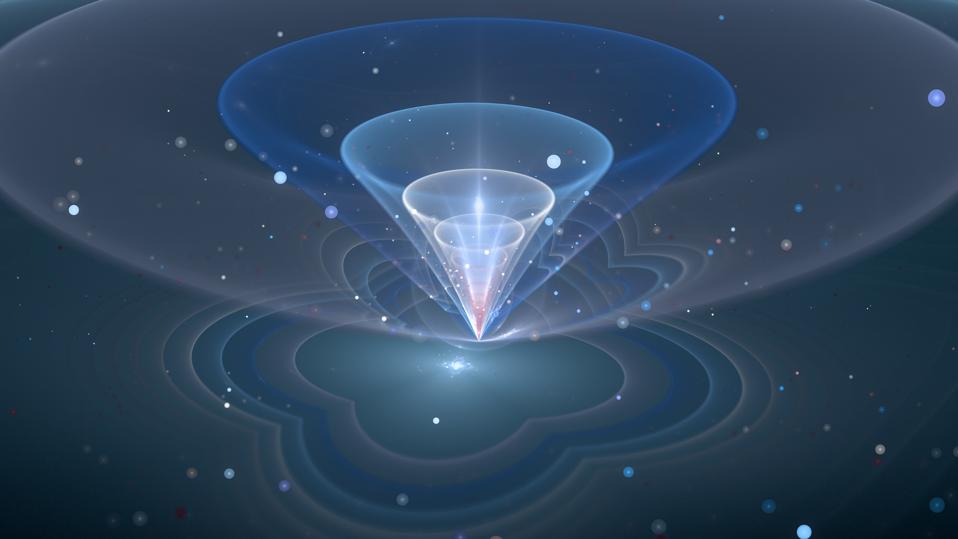 Even with these definitions, conceptualizing the notion quantum computing and entanglement is a difficult task as it is encompasses an enigmatic world of sub-atomic physics. David Awschalom, a senior scientist at Argonne and professor at the University of Chicago’s Pritzker School of Molecular Engineering, explains that in the quantum world  nature “behaves very differently — In this quantum world, particles can exist in multiple states at the same time, like on and off but simultaneously. And they can be entangled, that is, they can share information with one another—even over long distances and even without a physical connection.”

Like other areas of science, there are competing theories on what constitutes quantum proof. But there are several very recent and exciting developments in this evolution that have created a pathway for this new era of quantum computing. This includes quantum breakthroughs from using light signals from networks of photons and quantum coding in silicon microchips.

A discovery made by the research team from the Quantum Photonics Laboratory at RMIT in Melbourne, Australia demonstrated for the first time the perfect state transfer of an entangled quantum bit (qubit) on an integrated photonic device. Quantum Photonics Laboratory Director Dr Alberto Peruzzo noted that it is a “breakthrough that has the potential to open up quantum computing in the near future.”

2019, Google’s quantum computer did a calculation in less than four minutes that would take the world’s most powerful computer 10,000 years to do and is About 158 Million Times Faster Than the World’s Fastest Supercomputer.  New computing in scale, speed and capability are continually achieving new milestones. 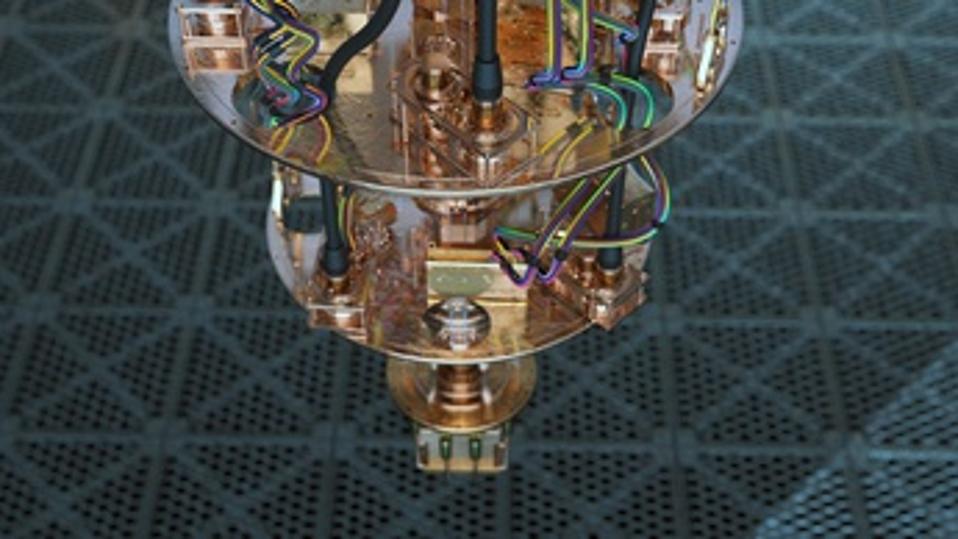 Public private cooperation is significantly expanding in the quest for quantum understanding. Five new National Quantum Information Science Research centers were created by the U.S. Department of Energy researchers from academia, U.S. national labs and industry will be working together to help catalyze quantum information science research. The companies involved in the research centers include projects , , , Applied Materials and Lockheed Martin. The funds came from the $1.2 billion allocated by the .

Quantum computers represent a paradigm shift in computation. We are entering a fascinating period in the development of quantum computers. Quantum systems are scaling up in both size and reliability and are getting close to showing a real advantage over classical computers. As this technology is still in such an early phase, it may be that its true impact is not even fully understood yet. This makes this field even more fascinating to follow.

The potential benefits and applications of quantum computing for society have many use cases. A good summary is below.”

The science categories that will be directly impacted by quantum include physics, chemistry, mathematics, and biology. Applications for industry will impact industry verticals such as healthcare, finance, commerce, communications, security, cybersecurity & cryptography, energy, space exploration, and numerous other disciplines. Basically, any industry where data is an ingredient. 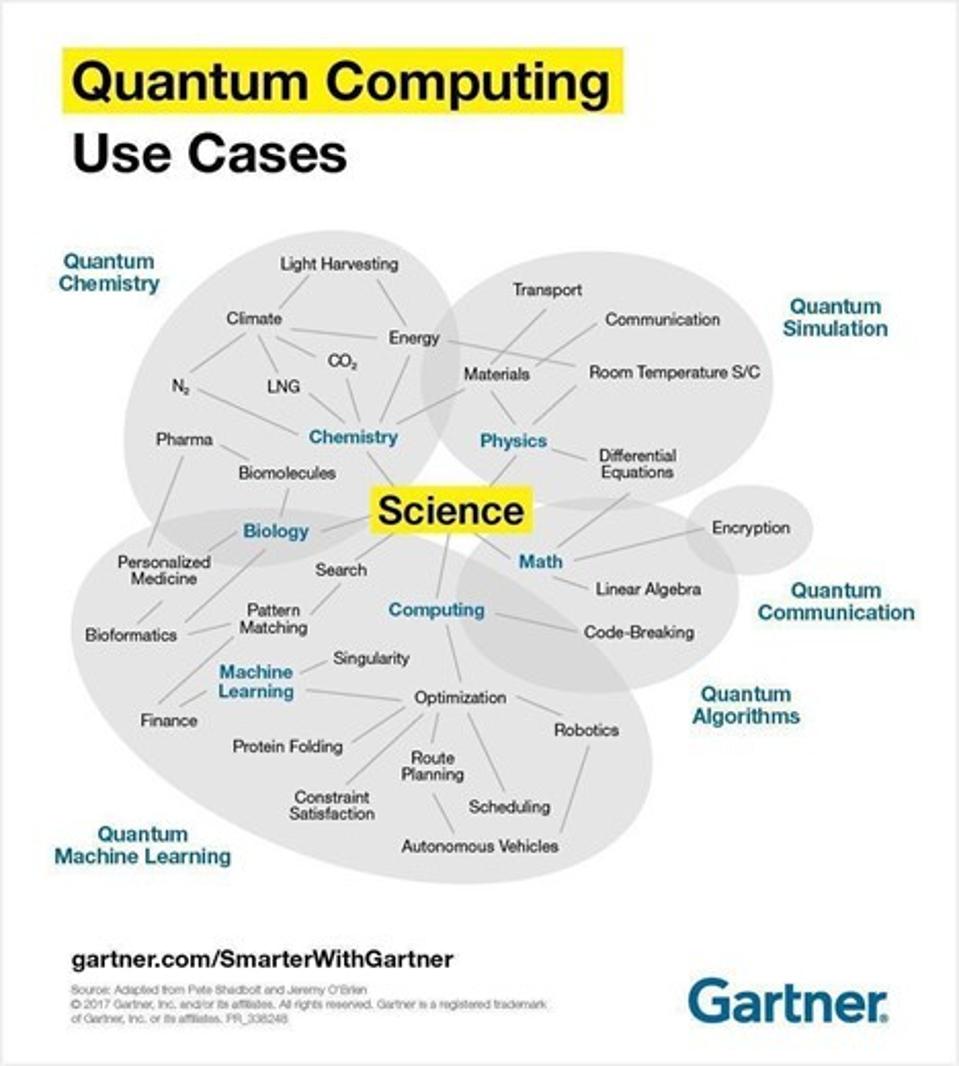 These breakthroughs are just the tip of the iceberg as there are dozens of other notable developments in the field. A great deal of research, development, and prototyping still needs to be done. Many experts, still see quantum computing is still theoretical, but some say we appear to be nearing the transformational quantum gate that will allow us to enter the new computing era.

Governments, academia, and many technology leaders in industry, are all now investing with heightened intensity in research & development and are contributing to the quest to develop functional quantum computing. We certainly are on the pathway to the new era, quantum computing is still in a nascent stage, but we may arrive there sooner than we imagined.

Chuck Brooks, President of Brooks Consulting International, is a globally recognized thought leader and evangelist for Cybersecurity and Emerging Technologies. LinkedIn named Chuck as one of “The Top 5 Tech Experts to Follow on LinkedIn.” Chuck was named as a 2020 top leader and influencer in “Who’s Who in Cybersecurity” by Onalytica. He was named by Thompson Reuters as a “Top 50 Global Influencer in Risk, Compliance,” and by IFSEC as the “#2 Global Cybersecurity Influencer.” He was named by The Potomac Officers Club and Executive Mosaic and GovCon as at “One of The Top Five Executives to Watch in GovCon Cybersecurity. Chuck is a two-time Presidential appointee who was an original member of the Department of Homeland Security. Chuck has been a featured speaker at numerous conferences and events including presenting before the G20 country meeting on energy cybersecurity.

Chuck is on the Faculty of Georgetown University where he teaches in the Graduate Applied Intelligence and Cybersecurity Programs. He is also a Cybersecurity Expert for “The Network” at the Washington Post, Visiting Editor at Homeland Security Today, and a Contributor to FORBES. He has also been featured speaker, author on technology and cybersecurity topics by IBM, AT&T, Microsoft, General Dynamics, Xerox, Checkpoint, Cylance, Malwarebytes, and many others.

He is also an advisor to Cognitive World and has a leadership role in the Quantum Security Alliance.

The Future Of AI In Post-Covid Healthcare